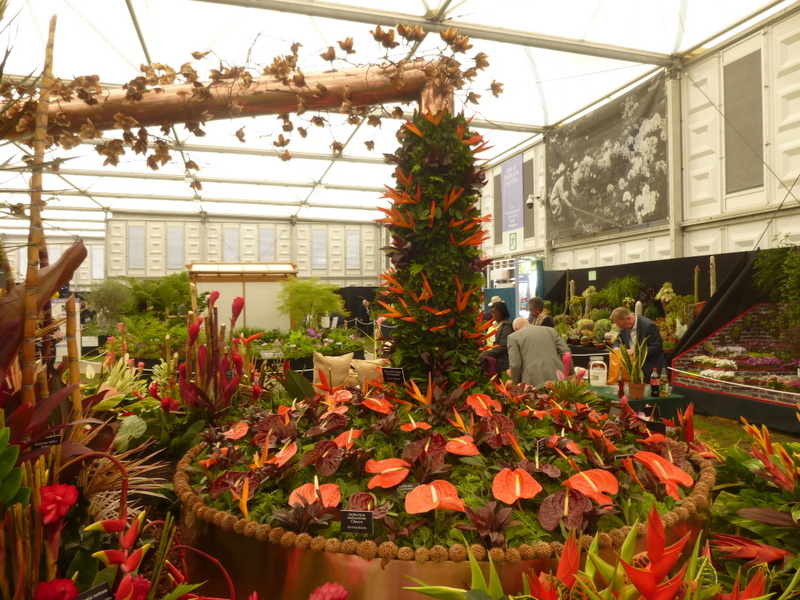 BARBADOS – Where Rum Comes From

In maintaining their proud tradition of representing the best of Barbados at the prestigious Chelsea Flower Show in London, widely considered to be the ‘greatest flower show on earth’, the chosen theme of this year’s Barbados Horticultural Society exhibit is ‘Where Rum Comes From’.

To recreate the island’s natural beauty with a floral representation of a rum still in action, the team travelled with over 70 large shipping boxes, carefully packed with a vast array of colourful blooms and foliage of all hues, shapes, sizes and textures. The magnificent collection includes classic Caribbean favourites such as Heliconias, Anthuriums, Torch Gingers, Bromeliads, Ornamental Pineapples, Banana Flowers and Orchids; fascinating varieties of indigenous Palms, Ferns, Succulents and Sugar Cane.

Having flown overnight last Wednesday, the team immediately set about creating their splendid exhibit on Thursday morning and continued working long hard hours, every day, right up to the deadline for completion on Sunday night, in time for judging during the early hours of Monday morning.

Pride of place amongst the display belongs to a new Tulip Torch Ginger, Etlingera hemispherica ‘Flower Forest’, named after the Flower Forest Botanical Gardens where it was propagated. Officially registered with the Heliconia Society International, it is a hybrid cross-pollination between two torch gingers, the mother being Etlingera hemispherica, the father undetermined. This was the first time that the new flower had ever been seen outside Barbados. Many observers were also intrigued by the rare ‘Wood Roses’ draped along a length of copper tubing, designed to represent the still.

To give authenticity to the exhibit, the team brought with them actual rum barrels, sacks of raw Bajan sugar and cane baskets. And, to add some extra flair, they included 3 giant cocktail glasses containing rum punch, pina colada and banana daiquiri, all of which fascinated the tens of thousands of people visiting the Barbados stand.

It is difficult for anybody who has never been to the Chelsea Flower Show to fully appreciate just how significant it is to actually win any kind of medal, not just a Gold. This is a competition that attracts the absolute best of the best in the horticultural world and has established the very highest set of standards. To put matters in perspective, if any British company wins a medal at the Chelsea Flower Show, any medal at all, then that achievement is recognized on their company letterheads, business cards and any form of promotional material. In short, winning a medal at Chelsea is regarded as the ultimate accolade.

It is against that background that we should now consider this year’s Gold Medal success of the Barbados Horticultural Society team and its many willing supporters. Quite incredibly, this is the latest in a spectacularly successful record of a total of 19 Gold Medals, 11 Silver-Gilt and 1 Silver during a remarkable sequence of 31 consecutive years at the Chelsea Flower Show.

One of the significant secondary roles of the BHS exhibit at Chelsea is to promote the importance of tourism to the economy and lifestyle of Barbados, as well as to portray how the amazing beauty of our natural environment is an integral factor in making our island such an attractive place to live or visit. With that goal in mind, the BHS, well supported by the Barbados Tourism Marketing Inc, Virgin Atlantic and other corporate and individual sponsors, has undoubtedly done an outstanding job of spotlighting Barbados to a massive British and international audience.

The beautiful and striking ‘Barbados – Where Rum Comes From’ display has generated tremendous interest and inspired numerous compliments from the many thousands of people who have visited the stand so far, and the approximately 165,000 who will continue to do so throughout the week. This was particularly evident during Monday’s special Celebrity and Media Day, when Barbados was represented by Sir Michael Stoute, a famed son of the soil who is renowned as one of the world’s most successful thoroughbred racehorse trainers. Other distinguished guests included Christopher Holder of the Maria Holder Memorial Trust and Cheryl Carter of the BTMI.

The working team at Chelsea this year comprises Jenny Weetch, Trevor Inniss, Wayne Ramsey, Jacqui Ferdinand, John Leach, Sally Miller, Julie Alleyne, Trevor Hunte and Peter Whitehouse, with Keith Miller giving support with PR and Media work. In addition, there is a small army of other volunteers, headed up by Shirley Anne Howell, who do diligent work behind the scenes throughout the year.

The tremendous ongoing success of Barbados at the Chelsea Flower Show is very much the result of a great collective effort, whereby many people willingly share their skills and resources. This most recent Chelsea Gold Medal is clear evidence that Barbadians can achieve truly world-class standards when they work together as a team. 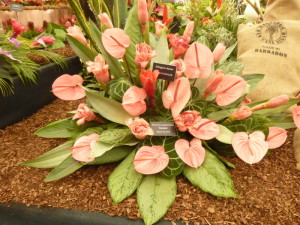 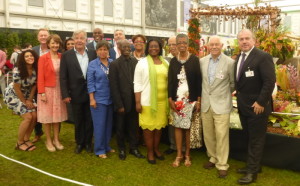 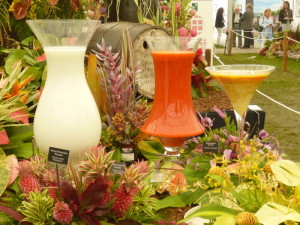 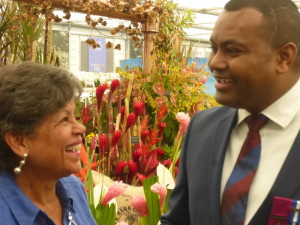 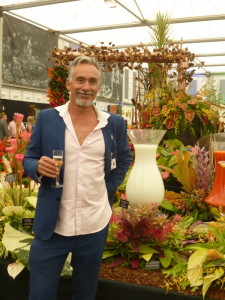 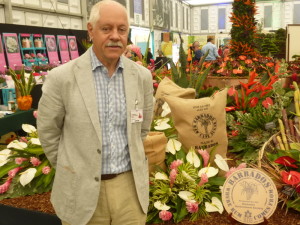 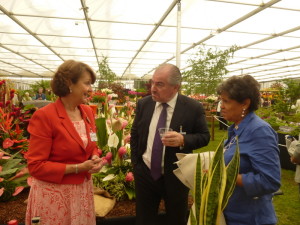 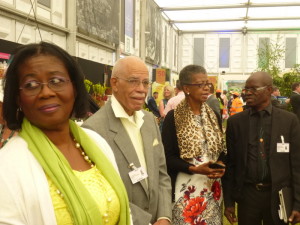 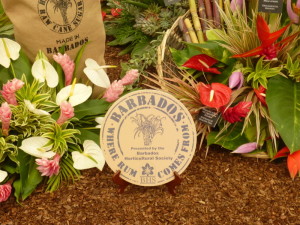 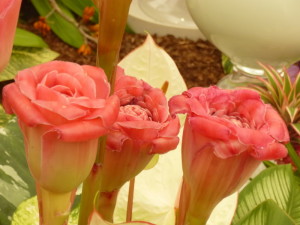 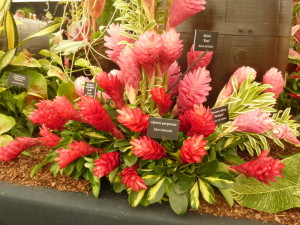 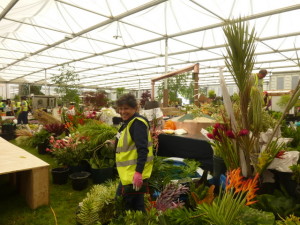 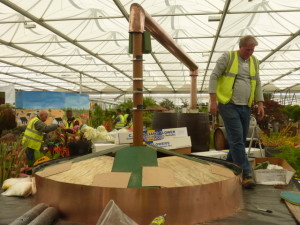 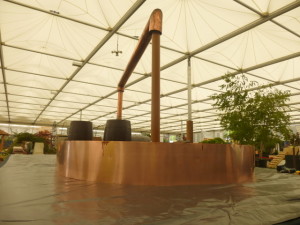 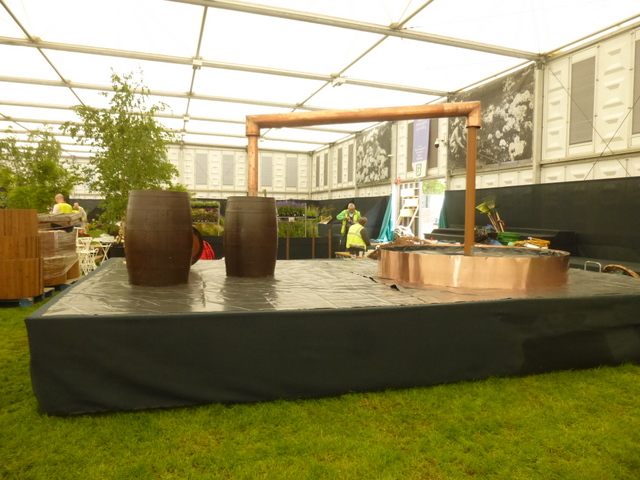